I’m always happy to see Lego turn their focus towards superheroes, and with Marvel’s help they are doing a great job at it. This latest addition to the franchise is not only one of the strongest entries in years but also has some surprisingly difficult levels that will test your skills as well as be fun for kids.

In the Lego Marvel Super Heroes, players will be able to team up with their favorite characters from the Marvel universe. Each character has a unique special ability that can be activated in battle. There are also over 100 collectible items to find and unlock, including comic books, costumes, and more.

Ask every Lego game fan which game in the series is the greatest, and nine out of 10 would say Lego Marvel Super Heroes. The game offered the right blend of MCU material with a more innocent and comic book-focused approach to every other character the media conglomerate had to offer when it was released in 2013, back in the early days of the Marvel Cinematic Universe. All while providing enjoyable levels, smart and humorous dialogue, and the finest open world environment in any Lego game to date. Eight friggin years ago, I recall playing the crap out of it on the PS4, when it was a launch release…

Captain America, before he was the cool espionage thriller character we know today, was simply a stupid old man in a blue uniform.

Isn’t it amazing how long it’s been? I’m so sick of the Marvel Cinematic Universe that I’m hardly paying attention to their recent and forthcoming films, with the exception of the next Spider-Man feature. It’s Spider-Man, after all. Square Enix’s version on the Avengers was a flop, with an excessively serious approach to what should have been a fun and cheerful source material. It’s superheroes dressed in ridiculous outfits! This is why Lego Marvel Super Heroes has stood the test of time: it’s ridiculous. It is well aware of its folly. It proudly flaunts its hilarity.

Pay close attention to what I just said: the game was first launched in 2013. Nintendo’s primary system at the time was the Wii U. Lego Marvel Super Heroes had never been ported to the Switch, despite the fact that it has gotten re-releases of almost every major Wii U title. It contained Lego Marvel Super Heroes 2, which was entertaining, but not as as MCU-centric as its predecessor. The current magnum opus of TT Games was not launched on the system until 2021, but I believe it was well worth the wait. Due to a variety of causes, this game has aged quite nicely.

I have no idea, Steve.

To begin with, there’s the fact that this game is, well, old. Lego Marvel Super Heroes, which was designed for the PlayStation 3 and Xbox 360, is less detailed than its predecessor, Lego DC Super Villains, for example. Its surroundings are still bright and colorful, but they don’t have any demanding textures or a lot of particle effects. That means the Switch handles this game flawlessly, whether you’re within a linear level or freely traversing Manhattan with a character flying at a billion kilometers per hour. After all, this is a Lego universe. It isn’t necessary to go into great depth. It should be amusing and inviting. It does, thankfully.

The quality of its open world is the second crucial aspect. Most recent Lego games include numerous smaller open environments, which makes completing every sidequest and finding every hidden character a considerably more tedious task. There is just one open world in Lego Marvel Super Heroes, which is a small representation of Manhattan. You may explore it on foot, in cars, by flying about with some interesting (though first puzzling) controls, or even like an open-world Spider-Man game. As is customary, you must finish the main campaign before tackling Manhattan’s trillion side missions, but you are free to explore it anytime you choose, giving you much more flexibility than in any previous Lego game. You may utilize a character’s talents to solve problems in the overworld as soon as you receive them.

Of all the Lego games, Lego Marvel Super Heroes features the finest open world. Show me that I’m incorrect.

You should also keep in mind that this game was out at a period when TT Games was focusing heavily on creative plots with hilarious language performed by top-notch voice actors. When Troy Baker appears as Loki, he steals the show; you can tell the guy is having a great time in that character. Spider-Man is played by James Arnold Taylor, who is best known as the voice of Ratchet from the Ratchet & Clank games. I’ll even go so far as to suggest that his performance in the 2018 Spider-Man game is superior than Yuri Lowenthal’s already superb performance.

Finally, there’s a crucial thing to consider: time. Lego Marvel Super Heroes is a throwback to a simpler era, when the Marvel pop culture behemoth was, well, massive, but not as overwhelming or comprehensive as it is now. The game makes no attempt to create metaverses or convoluted story aspects. It’s a jerk who plainly enjoys being a jerk. It’s harmless fanservice, allowing you to play as hundreds of various Marvel heroes on a fun adventure filled of foolish puns and goofy quips, focused largely on their comic book forms rather than their movie equivalents. Believe it or not, playing a game like this in 2021, immediately after the release of some of the MCU’s most unimaginative and tedious installments, was like a breath of fresh air.

Taking such a photograph was… unavoidable.

It’s strange to think that the Switch didn’t have the original Lego Marvel Super Heroes in its library until now, but that turned out to be a good thing. Replaying Lego Marvel Super Heroes reminded me of a simpler, more innocent, and much more fun take on the source material in an age when we’re a little inundated with the MCU and the letdown that was Square’s own Avengers game. It’s a game that’s held up amazingly well over time, and it’s a fantastic match for a handheld, with loads of unlockables to discover in its vast open world. In fact, this specific Switch version may be my all-time favorite Lego game. Of course, until the arrival of Lego Star Wars: The Skywalker Saga next year.

On Switch, the game was reviewed.

The publisher sent a copy of Lego Marvel Super Heroes.

The “lego marvel superheroes 2 nintendo switch how to play” is a review of the game Lego Marvel Super Heroes. The reviewer goes over all the different ways you can play the game on Switch, and gives their opinion on what is good and bad about it.

How To Download & Play The Seven Deadly Sins: Grand Cross On PC (2021) 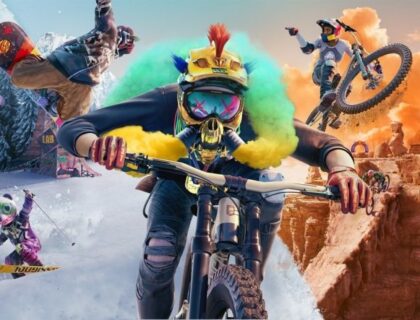