Resident Evil 7 Has Shipped Over 10 Million Units, a New Milestone for the Franchise

Resident Evil 7 has shipped over 10 million units, a new milestone for the franchise. The game’s success is due to its strong marketing and development team who created a horror experience that was both immersive and engaging.

In a press statement issued today, Capcom announced that the last mainline Resident Evil game, Resident Evil 7 biohazard, had sold over 10 million copies worldwide. This is a new milestone for the survival horror series, which the studio claims was aided in part by the growing popularity of digital sales.

Resident Evil 7 biohazard, which was released in January 2017, expands on the series’ foundations of dread, exploration, and claustrophobic atmosphere. To offer an overpowering, highly immersive horror experience, the game’s system underwent a radical change from its prior third-person camera to a new first-person viewpoint, receiving great acclaim from major review sites and other media. Capcom focused on strategic pricing for the title via seasonal and event-driven discounts in order to boost demand among a broader spectrum of game players as part of its recent rise in digital download sales. Furthermore, when the sequel and most recent entry in the series, Resident Evil Village, was published in May 2021, Capcom used marketing to capitalize on synergies between the two games, such as the sale of a package including both games. Since the debut of Resident Evil 7 biohazard, Capcom has achieved long-term sales in excess of 1 million copies in each fiscal year, making the title the first in the series to surpass 10 million total global shipments.

Resident Evil 7 was a watershed event for the series since it was the first to use a first-person viewpoint. Capcom was inspired by the popularity of the first game to create a sequel, Resident Evil Village, which placed players back in the shoes of protagonist Ethan Winters.

In 2020, Capcom revealed that the Resident Evil franchise has sold over 100 million copies globally.

Capcom is the source of this information.

The 3DMark Time Spy Benchmark for AMD Radeon RX 6600 has been leaked, and it is slower than the NVIDIA GeForce RTX 3060.

The first trailer for Shenmue the Animation has been out, and it will be available on Crunchyroll in 2022.

Toshihiro Nagoshi, the creator of Yakuza, has announced his departure from Sega and Ryu Ga Gotoku Studio.

The Definitive Edition of Grand Theft Auto: The Trilogy has been officially announced, with a release date set for later this year for PC, PlayStation 4, Xbox One, and Nintendo Switch.

EGX Launches as an In-Person Event in London

Eidos-Montréal Makes the Switch to a Four-Day Work Week

Resident Evil 7 has shipped over 10 million units, a new milestone for the franchise. The game is also now available on Xbox One and PlayStation 4. Reference: resident evil village propellerhead.

Use PS4 Controller on Your PC 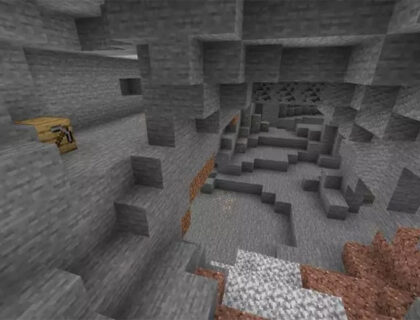