El Shaddai is a hack and slash game with a unique twist. Players can choose to play as either an angel or demon, and use their powers to fight for good or evil. The game also features four-player co-op multiplayer and has been praised for its fast-paced combat and graphics.

El Shaddai: Ascension of the Metatron is a third-person action role-playing game developed by Enoch Games and published by Atlus. The game was released on October 4, 2013 in North America and Europe for Microsoft Windows, PlayStation 3, Xbox 360, and OS X platforms.

I’d be lying if I said I hadn’t heard of El Shaddai: Ascension of the Metatron before its recent Steam re-release. This was as niche as niche gets: a low-budget Japanese hack-and-slash based on the Hebrew Book of Enoch, published the same month as bona fide masterpieces like Limbo, Deus Ex: Human Revolution, and Bastion. Back in the day, there was no way I could have paid attention to it. Thankfully, its PC version provided me with the opportunity to rediscover what many “in the know” refer to as a cult success, a misunderstood masterpiece. Let’s examine how true this assertion is.

Let me introduce you to Enoch. He’s a mix of Fabio, Highlander, and Biblical figure.

El Shaddai: Ascension of the Metatron is largely based on the aforementioned Book of Enoch, with you commanding the eponymous Enoch, father of Methuselah. To cut a long tale short, you must hunt down and murder seven fallen angels in order to avert a catastrophic flood (I won’t tell you which deluge we’re talking about). The four great Archangels are guiding you on your trip, so you’re not alone (Gabriel, Raphael, Uriel and Michael). You’re also led by another angel, Lucifer, who is a powerful guardian angel.

It’s a very simple process. It’s almost as if the game was inspired by No More Heroes’ gameplay cycle of locating particular objectives via completing a linear stage followed by a boss battle, but without the tedious wandering in between. Kill opponents, watch nonsensical cutscenes with a storyline that you can’t help but like, kill a boss, and advance to the next level. It’s shallow, with a fighting system that’s much too simple and unsophisticated, not to mention monotonous, yet it’s visually stunning. Consider it a light version of Devil May Cry.

You’ll want to play El Shaddai first and foremost for its presentation. I was blown away by the game’s stunning visual style and powerful use of colors, not to mention some mind-bending opponent ideas, for a game published in 2011. The creators went all out with the strangeness. In nature, enemies seem ethereal, which contrasts wonderfully with the Shadow of Colossus-inspired landscapes and No More Heroes-inspired human beings. The music, which is full of choir chanting, is precisely what you’d expect from a game like this. The one aspect of the presentation that I didn’t care for was the fact that you can’t change the graphics settings in-game; you had to stop the program, reload it, and then change whatever option you want before starting the game.

El Shaddai’s lack of a UI is one of my favorite aspects of the game.

Here’s the ultimate judgment, which answers the question I’ve been asking from the beginning: does El Shaddai: Ascension of the Metatron deserve to be called a cult classic? Unfortunately, no. But that’s not to suggest it doesn’t have redeeming features. Given how developers aren’t exactly comfortable addressing Abrahamic faiths in this type of media, its setting and narrative are almost unheard of in gaming. It’s a great idea. It’s a very shallow action game. It’s more enjoyable in smaller doses, thus a Switch port would be perfect. As it is, it’s only worth picking up if you’re in desperate need of a hack-and-slash fix until Bayonetta 3 arrives next year.

On the PS3, Xbox 360, and PC, El Shaddai: Ascension of the Metatron is now available.

On a computer, I reviewed it.

The publisher sent me a copy of El Shaddai: Ascension of the Metatron. 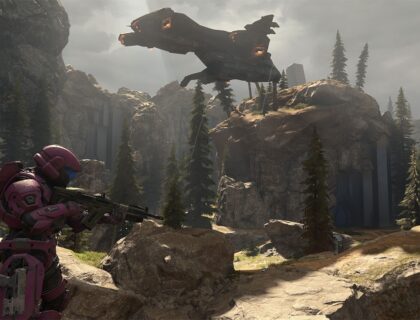